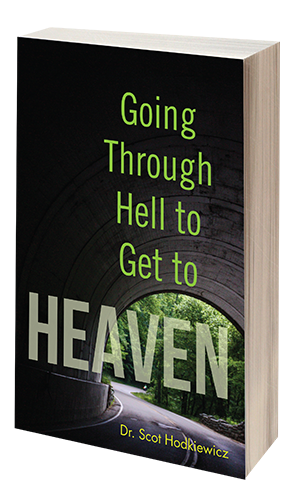 Going Through Hell to Get to Heaven

Dr. Scot Hodkiewicz had followed his plan step by step and was happily living the American Dream—the perfect family, a lucrative job, and a secure, comfortable lifestyle.

But as Scot drove with his wife, three young children, and two dogs down a Wisconsin highway, he discovered that God had other plans for his life. A drunk driver hit Scot’s car head on, nearly killing Scot and his wife. Left with a mangled body and a broken spirit, Scot entered a downward spiral of pain, addiction, and potential tragedy.

Scot initially was filled with anger, hatred, and self-pity before he started to see the everyday angels around him and hear God’s voice directing him at each trial. Scot learned the power of forgiveness and humility and saw that his struggles were actually his path to salvation. In his personal Hell, Scot found that Heaven doesn’t exist only after death but can be found here on Earth by listening to God.

Scot invites readers to share in his miraculous journey so that they, too, will be able to turn their eyes, ears, and hearts to God and confidently say, “Not my will, but yours.”

With questions for study and reflection, Going Through Hell to Get to Heaven is an ideal companion for Christians seeking to walk more closely with God.

Adams Recovery Center clinical coordinator Kayla Scoumis discusses how to find the right addiction treatment program and what to expect from recovery.

“There is nothing theoretical about this book. It’s the real deal… This book is a testament to courage, perseverance, (and) the power of the human spirit.”

“This powerful memoir reminds us that anyone can be an angel at any time, if only we look for the opportunities. Scot’s story is a moving testimony to the power of faith to transform our lives.”

“Scot Hodkiewicz writes with singular conviction and humor that gradually reveal his faith in God’s plans for true happiness in place of his own schemes for worldly success. Going Through Hell to Get to Heaven is a memoir about love that moves from one person to another in the form of grace.” 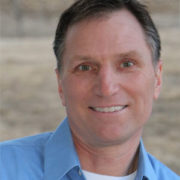 Dr. Scot Hodkiewicz is a veterinarian who lives in Lake Geneva, Wisconsin, with his wife, three children, and a menagerie of animals. Winner of an eLiterature Gold Medal Award and a Goodreads Five Star Readers Favorite Award, Dr. Scot never intended to be a writer until he was moved to share the story of his near-fatal car accident and his resulting journey of faith. When he’s not working or spending time with his family, Dr. Scot volunteers on youth mission trips and at a local wildlife rehabilitation hospital in addition to serving as a leader in his church.

Going Through Hell to Get to Heaven is distributed by Independent Publishers Group.