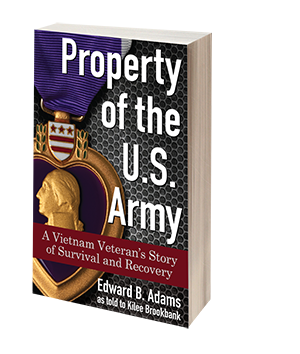 Property of the U.S. Army

A Vietnam Veteran’s Story of Survival and Recovery

By Edward B. Adams; as told to Kilee Brookbank

“PROPERTY OF THE U.S. ARMY”

Ed was just twenty years old when a Vietcong landmine ripped off both his legs below the knee. After only four months and four days in combat, Ed found himself in a hospital bed fighting for his life — a life he would barely recognize when he returned to his small-town Ohio home.

After five decades of struggling through alcoholism, drugs, failed marriages, and physical abuse, Ed shares his story for the first time, processing the lifelong impact of combat … of coming home to a nation that didn’t want him … of physical and mental wounds that never fully healed.

As Ed reveals his truths to readers, he discovers something for himself: that war is hell but that life and liberty are always worth fighting for.

“Immediately atmospheric … I felt like I was there. His resilience and bravery shine through. I enjoyed the informative yet informal writing style, and what he went through is a lesson for us all.” 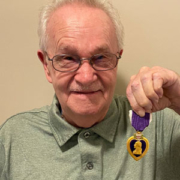 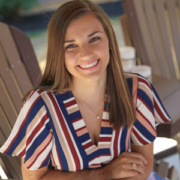 Edward B. Adams is a U.S. Army veteran and double amputee who was awarded a Purple Heart for his sacrifice and service in Vietnam. Following his injury, Edward returned home to Ohio and graduated from Wilmington College with a degree in business education. A father of three and grandfather of seven, Edward still lives near his family in Wilmington.

Kilee Brookbank is the award-winning author of Beautiful Scars and Digger the Hero Dog. A burn survivor, Kilee is also a speaker and advocate and created the Kilee Gives Back Foundation to raise money for Shriners Hospitals for Children. Kilee studied communications at Xavier University in Cincinnati, Ohio, and her work has been published by The Mighty, Woman’s World, Girls’ Life and MTV Founders.

Ordering Information for Bookstores and Libraries

Property of the U.S. Army: A Vietnam Veteran’s Story of Survival and Recovery

Property of the U.S. Army is distributed by Independent Publishers Group.

Doogie and Me
Scroll to top