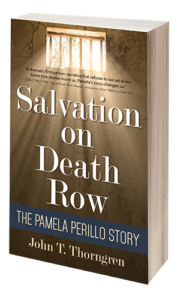 Convicted of capital murder in 1980, Pamela sat on Texas’s Death Row awaiting lethal injection. But less than two days before her scheduled execution, she was given a second chance, and in 2000, she was resentenced: from death to life in prison with the possibility of parole.

Her first chance at new life had come shortly after her arrest, when Pamela embraced the Christian faith and began bringing her fellow inmates to redemption in Christ.

That’s why although Pamela’s story is one of imprisonment—first by abuse and addiction and ultimately behind the locked doors of the criminal justice system—it’s also a story of hope—of finding a new path in faith, of taking courage from the promise of salvation, and now, of praying for parole in 2019 after nearly forty years of incarceration.

Salvation on Death Row combines true-crime reporting with a powerful spiritual memoir, reminding us that every life is a journey, every person is capable of change, and every individual can make a positive impact on the world.

A portion of the proceeds of Salvation on Death Row will benefit Patriot PAWS service dogs.

“Through a dramatic first-person narrative that refuses to be set down, John Thorngren propels the reader through the agony, the horror, and the hope that is the life of Pamela Perillo. The pitched battle between the bitter deceptions and failings of our broken world and the beckoning grace of redemption carves the contours of this incredible woman’s life all the way to the Texas death house. Some true stories move us. Pamela’s story changes us.”

“Pam Perillo spent years on Death Row and invites the reader into its reality. She shares her painful childhood with us, and it opens our eyes to her journey to the row. … Pam is an example of perseverance against all odds. A transformed woman with a second chance at life.”

“It seems to me that people that have been delivered from drug abuse need to have their story told in order to say there is hope and that victory is possible. This is a great story with a wonderful conclusion: The only good answer is the Lord!”

I Thought God Could Never Love a Convicted Murderer. I Was Wrong. (Christianity Today) 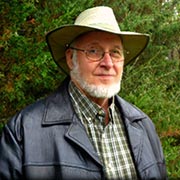 John Thorngren, a Texas writer and graduate of the University of Texas, has enjoyed a myriad of life experiences: working from basements to boardrooms in such positions as a salesman for a chemical laboratory calling on sewage plants; an insurance agency secretary; liaison engineer stationed in Paris, France; retail store owner; computer programmer; machine shop owner; engineering consultant; retail inventory; fabrication design engineer; car wash soap manufacturer; electronic control manufacturer; chemical plant operator; oil field roustabout; financial consultant; and rental management. He is a songwriter published in Southern Gospel and an author of several patents, technical articles and a nonfiction book on probability and statistics. John and his wife of more than five decades live in Shady Shores, Texas, on Lake Lewisville, where their livestock freely roam the grounds. After his first heart attack at an early age and two subsequent ones followed by two open-heart surgeries, he believes that God has a purpose for every life.

Salvation on Death Row is distributed by Independent Publishers Group.