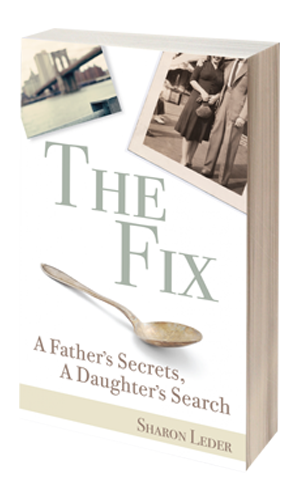 A Father’s Secrets, A Daughter’s Search

Who is Josef Katz? The fun-loving, harmonica-playing dad Sara loves so much? Or the monster who abuses Sara’s mother and locks himself in the bathroom, unable to beat his addiction?

Eight-year- old Sara Katz huddles under the covers, listening to her parents’ muffled arguments and fighting the sleep that inevitably brings her bad dreams—dreams of her terrifying Shadow Father, a heroin addict.

Is my daddy not a good father? Is it my job to fix him?

As Josef’s sickness worsens, young Sara is torn apart by her family’s need to keep its “shame” a secret from its Jewish community in Brooklyn. Sara finds herself drawn to the liberation movements of the 1960s while feeling trapped in the darkness of her father’s addiction and, ultimately, his untimely death.

Will Sara ever learn the truth about how her father became addicted and why he couldn’t get well? How will she find her own identity if her family can’t embrace its truth? And if Sara reveals her father’s secret, will she find freedom—or destroy her family?

(The author’s proceeds from The Fix will benefit The Fix Fund, which was established to battle the addiction epidemic in the Cape Cod area.)

Listen to the Author

Sharon discusses the real-life story behind The Fix on Lower Cape TV:

“No story exactly like Sharon Leder’s has been told. It is, like many memoirs, a snapshot in time that reproduces an era, namely that of first- and second-generation Jewish Americans in the post-War era. At the same time, it is a grimly accurate depiction of the twin diseases of addiction and codependence as told by the daughter of a Jewish heroin addict. Those who have no first-hand experience living with addiction will find this story an eye-opening introduction of sorts to the family dynamics of this disease. Those who can personally relate will find it both disturbing and comforting in its familiarity. In either case, anyone interested in joining a woman in recovery as she recalls a childhood beset by codependence and addiction will appreciate the honesty and authenticity of this portrait.”

Rabbi Shais TaubAuthor, God of Our Understanding: Jewish Spirituality and Recovery from Addiction

“This novel is more real than most nonfiction, telling a true and painful story about heroin addiction, family secrets, and the impact on children of severe family dysfunction, especially, as is so often the case, when no one talks about what is really going on. In taking her own experiences and crafting a novel, Sharon Leder has done all of us who care about families, children, addiction, and healing a real service.”

“I read The Fix cover to cover and wept. I wept as the father of three wonderful daughters. I wept for the young man my older daughter is engaged to marry—a heroin addict in recovery. I wept as a Jew. I wept as a man and a husband. I wept as a politician who knows that between the cold statistics and policy debates about opiate addiction lie millions of personal tragedies about the devastating impact that this crisis is having on individuals, families, and our communities. Sharon Leder tells her very personal journey through the heart and mind of Sara, a young girl coming of age in a family devastated by the struggle of her father, Josef, a heroin addict. In this beautifully written and moving story, Leder shares with us the heartbreak that addiction brings to a family. She does so through the lens of love, innocence, and awakening that moves us to a higher level of understanding and compassion while demanding that we commit the needed support and resources to families in crisis. This is a remarkable book that touches us with despair while inspiring us to action.”

“Told through the eyes of young Sara, whose father is addicted to heroin, The Fix engages the reader on many levels, creating an affective and touching response. Even today, although drug addiction is more and more in the news, many families and cultures are loath to openly admit their problem and tell their stories. This book is a means to do so, as it presents the devastating effect of addiction from many perspectives, including that of the drug addict, his spouse, his daughter, his parents, and the Jewish community. I could not put The Fix down, eager to see if and how a positive resolution would emerge.”

The Fix does what I would have thought impossible, leading the reader to feel compassion for a man whose decades-long heroin addiction destroyed his life, while almost destroying the lives of his wife and children. Told from the viewpoint of his daughter, Sara, the richness of her love, coupled with the reality of her pain, leads the reader to find a certain nobility in a deeply damaged man. A compelling novel, The Fix is also a true story.

“Sharon Leder has written a courageous, searingly honest novel. She lays bare the devastation that a parent’s addiction inflicts on the entire family. The studious, precociously reflective protagonist, Sara, navigates the rough passage from eight-year-old girl to eighteen-year-old adolescent, amid the swirling currents of 1950’s and ’60s civil rights marches, assassinations, and dawning feminism. … As a professor of developmental psychology, for many years I taught a course called “Children and Stress,” which focused on the impact of parental addiction, among other stressors, on children and families. … If only I had had this book to bring to vivid life the felt reality of a child’s ordeal!”

“In recovery circles, one often hears the phrase, ‘You’re as sick as your secret.’ In The Fix we watch a child instinctively try to uncover her family’s secret and separate her drug-addicted father into two ‘daddies’, one who is sick and another who is loving. We experience the total isolation of a close-knit family, living in an era when the word ‘heroin’ could only be uttered in a hushed tone over a kitchen table, and doing the best they could with the knowledge and resources they had at the time. We travel with a lonely, bright, and giving child as she discovers that her father’s “illness” controls not only him but the lives of everyone in her family. And at the same time, we witness her prevailing spirit as it was nurtured by one teacher, who hears her pain and encourages her to express it. Sharon Leder has given us that child’s voice with clarity, intensity, and purpose in this moving and important historical memoir, for in the end, The Fix isn’t about a father’s addiction but a daughter’s capacity to forgive, heal, and grow.”

Beverly RyleCareer Counselor; Author, The Field Beyond, A Journey through Family Wreckage

“This remarkable book reminds us that even in the times of highest despair, we mustn’t allow ourselves the comfort of being passive. … Giving voice to her personal experience, Sharon Leder has made a big impact on all of us … The value of this book is not only the addiction story itself, but it highlights the importance of recovery, acceptance and healing.” Read More

Review of ‘The Fix’ (Tikkun)

Fixing the Past: A Jewish Heroin Addict’s Daughter Shares Her Story (Lilith) 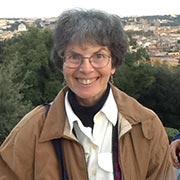 Sharon Leder taught English, women’s studies, and Jewish studies on several campuses of the State University of New York before beginning the second half of her life as a fiction writer and poet. As a teacher, she wrote books and articles on women writers, on the literature of the Holocaust, and on women in academia. An earlier draft of her novel, The Fix, was a finalist in Merrimack Media’s Outstanding Writer Award (2015). Leder resides on Cape Cod with her husband, artist and author Milton Teichman. Together they run The Teichman Art Gallery.

Please call 937-483-4204 for special pricing and shipping information for bulk orders.
The Fix is distributed by Independent Publishers Group.

A Corner of Heaven

A Joyful Life: How to Use Your Creative Spirit to Manage Depression
Scroll to top