KiCam Projects is delighted to add Sharon Leder to our stable of 2017 authors.

Sharon, who lives in Brewster, Mass., brought to us a story so special that it caused us to rethink a few things. Sharon’s book is a personal story of a young woman, growing up in Brooklyn in the late 1950s and early ’60s, who discovers that her father is battling a heroin addiction. It’s her family’s secret, a topic that evokes shame, denial and blame.

Sharon uses fictional techniques to tell the true story of her life through the character of Sara, who is confused and angered by the painful secrets piling up around her. Though KiCam usually acquires strictly non-fiction, Sharon’s story captured our attention right away. We knew this was a perfect book for us.

Says Sharon: “Some experiences are too painful to write in first person, so my story is about my persona, Sara Katz, who struggles to love her father, a butcher from an immigrant family, a man she also fears and loathes, an abuser who can also show his loving side. Sara, who’s been her mother’s confidant since age eight, constantly challenges her mother’s second-generation tendencies to keep her father’s addiction secret, and her grandmother’s old-world impulse to deny her son’s ‘sins,’ even after his death.”

Sharon is retired from her career as a professor of literature, Women’s Studies and Jewish Studies, and an earlier version of her book was a finalist for the Merrimack Outstanding Writer Award (2015).

Sharon’s book, releasing in May 2017, is a true story about the shattering effects of addiction, a young woman catapulted into feminism and, as Sharon says, “coping with grief, and finding the courage to speak the truths that lead to healing.”

Welcome to the KiCam family, Sharon!

Meet Our Authors at These Upcoming Fall Events 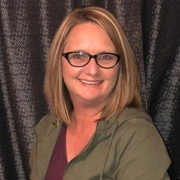 The Fix: A Group Study Guide

What We’re Doing to Battle the Addiction Epidemic