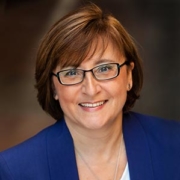 Sanja Kulenovic is a Russian-born Bosnian, now an American citizen, who has called Southern California home since the early 1990s, when she was stranded due to the Bosnian War. She studied economics and English language and literature at the University of Sarajevo, where several of her essays and short stories appeared in the university’s magazine. In 1993, she presented a speech at a United Nations-sponsored event for Bosnian women and children. Since then, Sanja has earned a master’s degree in economics and has been working as a financial analyst for an engineering corporation that helped rebuild Bosnia’s infrastructure after the war. She resides in Los Angeles with her husband and two daughters. 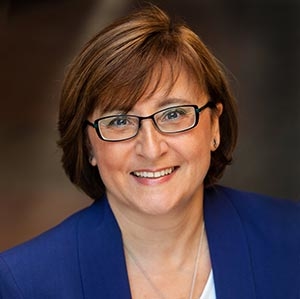 What prompted you to write The Siege of Sarajevo and share your family’s personal experiences with readers?

It started about ten years ago, when I found a stack of letters my family and friends wrote to me from the besieged Sarajevo in the 1990s. My children were eleven and eight at the time and had no knowledge of the events that took place in the Balkans then, except that their “grandmas and grandpas lived through a war.” The more I read the letters to them, the more questions they asked, and I realized a had a job to do. I began organizing the letters by years and translating them into English, in the process creating an authentic and a very unique “historical document” intertwined with deep personal notes and my own story of immigrant life in America.

I wanted my daughters and other Bosnian immigrants’ children to learn what had happened in Sarajevo and to their families trapped in the longest siege history remembers. I wanted them to learn by reading the words of those who experienced it, not just history books. I wanted them to remember it and to keep it alive for the next generations to come.

I believe the story of Sarajevo, however unique, is also universal. It will make you laugh, cry, and appreciate ordinary things in life—for you never know when they might be out of your reach.

Which writers and works inspired you to put your own story on paper?

I love reading true stories and learning about other people’s experiences in life. But, for my book, I did not find inspiration in the works of others. This was a very personal endeavor, something I decided to do on my own.

For me, the big questions were, Do I know how to write and can I do it in English? It is one thing to talk about your life with a group of close friends, preferably in Bosnian, and entirely different to put it on paper for a wider audience, readers you don’t know, in English. I had constant doubts about the quality of my work and would write, edit, delete, write again—which often felt like moving in circles with no end in sight. To overcome this, I started asking my family and friends to read my work, telling them it was still in early stages, to make them feel more comfortable critiquing it. This helped me gain much-needed confidence in my writing abilities as I realized that most of what I had done was actually decent work, not just “early drafts.”

Writing a book, like any other long-term project, requires persistence. That, to me, is the key, especially for first-time authors, who often embark on a writing journey without a clear plan—at least I did. But I was determined and disciplined. At times when I, for various reasons, could not write, I still thought about the book, researched, translated, sorted things out, and planned next steps. Even though it was ten years in the making, there was never any doubt in my mind that I would finish it.

This is a hard one. There aren’t any rules on this and everyone is different. For me, writing was often like a psychological therapy session, but at other times, it was a difficult and depressing task. The same is true for the readers: Some of my friends who lived through the war told me they could not read my book at all; others read it in one sitting and found it uplifting and positive.

My advice to everyone is to try. I think it can be a powerful healing process, because the primary focus of it is writing, not thinking per se. Even though you are revisiting unpleasant events of your life, you tend to look at them from a somewhat different angle and with an added dimension: how to put it all on paper. That, I found, takes away at least some of the burden.

When I finished the book, I felt more accomplished than ever before. This came as a big surprise to me at first, but I now understand it. Everything I had achieved in my life prior to writing a book, both personally and professionally, I expected of myself. I aspired to do certain things and I did them. But no one, including myself, expected me to write a book. It was not an ordinary thing in life; it was not something “needed,” such as a degree or a job, or something “required,” such as to be a good daughter or a good mother. I feel I have done something big, extraordinary, and I am greatly enjoying it!

What’s the primary takeaway you hope readers get from The Siege of Sarajevo?

Although Sarajevo’s siege was on prime-time news all over the world for years, I feel it has now been largely forgotten. Bosnia is a small country far away, and a new generation was born after the siege ended, more than twenty years ago. My wish, however, is to keep the story of Sarajevo alive, because it is worth telling. The heroism, stoicism, strength, and spirit that carried Sarajevans, my family included, through 1,425 days of siege is unparalleled. The Siege of Sarajevo is proof that “something to live for” is always there and is worth fighting for. I hope everyone who reads my book takes away some of it with them and becomes a little bit stronger in their own life battles.