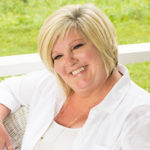 Aimee Ross was living a perfectly normal life raising three kids, married to her high school sweetheart, and teaching at her high school alma mater. Life was perfect—right until it wasn’t.

Unhappy in her marriage, Aimee asked for a divorce. Three days later, she suffered a heart attack at age forty-one. Five months after that, she survived a near-fatal car crash caused by an intoxicated driver.

Her physical recovery took months and left her body marked by scars. The emotional recovery, though, would take longer, as Aimee sought to forgive the man who almost killed her—and to forgive herself for tearing apart her family.

Permanent Marker takes readers on a journey of healing, proving that from darkness can come new light, new love, and a renewed purpose for life.

What prompted you to write your memoir and share your very personal experiences with readers?

I had to understand what happened to me: Who had I been, and who did I become? I knew I was different. I knew something life-changing had happened to me, and I needed to understand how it had affected me so deeply. Sharing the experiences is education at its basic level—teaching and learning from each other. It’s so ingrained in me that I don’t know how not to share.

How did reliving your most painful experiences—a divorce, a heart attack, a near-fatal car crash—affect you? Did it feel therapeutic, or was it harder than you anticipated?

I’ve been working on this for more than six years, to tell the truth. When I first started writing, it was only about the accident. Before I knew it, the story of my divorce and heart attack was bubbling out of me without control. Within months, I realized that even though I’d chosen to get divorced, the heart attack and accident just happened to me; my first reaction was that karma was paying me back. Guilt made me wonder if I’d deserved all of what happened, and ultimately, that’s when I started asking the bigger questions of myself through writing that most definitely—as the book explains—became my therapy. I cried a lot and processed a lot. And thank goodness, because it worked. (But I’ve always believed in writing as a cathartic, insightful experience, says this veteran English teacher.) 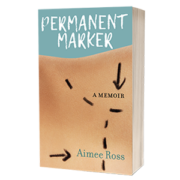 Which writers and works inspired you to put your own story on paper? Who has influenced your writing style?

Darin Strauss’s Half a Life and Elizabeth Gilbert’s Eat, Pray, Love both inspired me. Strauss experienced a traumatic accident as well, and as a result, he dealt with his guilt through writing his memoir—I took strength from that. Early in Gilbert’s book, she briefly writes about the end of her marriage, and it has always stuck with me.

My younger sister is a humor writer, and she’s been influencing and guiding my writing for years, no matter whether I was working on an essay, a lesson plan, a presentation, or an application. I’m also a huge fan of Abigail Thomas’s writing style, which I studied during my MFA. She writes almost conversationally, and she experiments with voice and chronology (or lack of) brilliantly. Both Jill Christman’s (Darkroom) and Cheryl Strayed’s (Wild) writing also have influenced my style and not just their books—both women are prolific essay writers with unique, straightforward creative voices.

What makes a great memoir? What advice would you give to other aspiring authors who might be struggling to get started with a memoir?

A great memoir, no matter the writer’s experience, makes you feel as if you have been through it with her. Not only does the writer have a voice that’s relatable and realistic, her story has universal qualities that help you identify with it while making you feel something.

After hearing the same advice over and over again, from editors, writers, and publishers alike, I decided, “Hey, maybe, they all know something I don’t (duh, Aimee),” so here it is: Figure out the story you want to tell and why it needs to be told. Then get it all out in writing. Every bit of it. After you do that, then you look for patterns and similarities and gaps, or ways you could experiment or change the structure.

For me, it has been the challenge of the writing itself: telling my story the best way I can and finding just the right words to say what I want. That gives me a tremendous feeling of satisfaction. When I can read something I’ve written over and over again in a quest for perfection and feel proud, that’s fulfilling, too.

What’s the primary takeaway you hope readers get from Permanent Marker?

Ultimately, I think we’re all asking the same questions of ourselves—Why am I here? What is my purpose in life? How do I get through this struggle?—and memoir is the perfect genre to find possible answers in others’ experiences to help us answer our own. 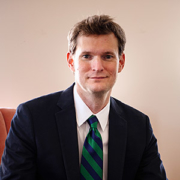 Where to Find Kilee Brookbank This Fall