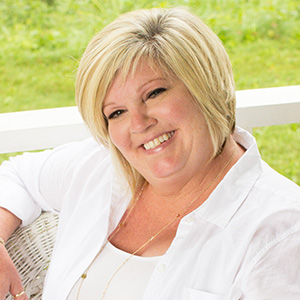 Aimee Ross is the author of Permanent Marker: A Memoir, an award-winning high school teacher, and a passionate educator about the horrors and history of the Holocaust. Here, Aimee explains how living and working in a small, rural town in Ohio fuels her desire to teach on that dark period of history.

The United States Holocaust Memorial Museum had brought me in as a team member to run one of five classroom sessions, accommodating more than 200 attendees, including survivors. We had just finished a few days of sharing resources and strategies for teaching about the Holocaust, which included finding survivor testimony, when she approached.

I turned, smiling, still on the post-workshop adrenaline high that accompanied a job well done, to find a middle-aged face, surrounded by frizzy dark curls, pinched in a frown. The room had cleared except for a few people looking at resources on the periphery.

“You know, you or the museum should really research the area you’re going into a little more,” she said. “I teach at a Jewish day school here in the Bay area, and we have no trouble getting Holocaust survivors in the classroom.”

The harsh fluorescent lights overhead glared back at me from her wire-framed, circular glasses.

How should I respond? I didn’t want to speak on behalf of the Museum, because it wasn’t my place. Plus, I was only trying to help those who might not have the access to survivors that she did.

“Yes,” I said. During the course of the workshop, I’d shared my background with participants, including the fact that I was not Jewish, but just to provide context for my pedagogy.

“What right do you think you have to teach about this then?” she accused.

A Journey of Learning

A tight pain crossed my forehead, and my cheeks flared. I didn’t know what to say. She’d caught me completely off guard, which must have been her goal, because she turned and stomped out of the room then.

Hot tears formed behind my eyes, threatening to spill.

That woman didn’t know me or my journey over the past nine years, searching out any and all chances to learn about the Holocaust. She didn’t know I’d gone on a study trip to Poland and Israel, or that I’d developed my own course on the Holocaust, or that I had been receiving hate mail from deniers for the past seven years. She didn’t know I’d won a national contest through the Museum for a lesson I’d created about pre-War Jewish life in Europe, or that I was preparing to take a second field trip with students to Washington, D.C., specifically to visit the Museum and hear a survivor speak. She didn’t know I’d written and won a grant to bring a Holocaust survivor to my hometown for a community presentation in the next month.

And she had no idea that the more I learned about the Holocaust, the more I felt compelled to teach the time period’s most important lesson: that we are all human beings sharing the same world, no better than anyone else.

Humanity is reason enough, and I have every right to teach about it. Even if I am from a small, rural town in Ohio, and even if I’m not Jewish, which is even more of a reason if you ask me. Because if I don’t teach about it, who will?

Today, fourteen years after that moment of negativity and criticism, I’m proud to say I continued educating other teachers and students about the dangers of disrespect and intolerance. I even earned the nickname “The Holocaust Lady”—at least locally.

I refused to let her words stop me.

Yes, they stung. And clearly, they left a permanent mark.

But I’m leaving one, too—one I know will last a heckuva lot longer.

Author Post: Why I Changed My Mind about the Death Penalty